Today's Chamber of Commerce had several predecessors in the earlier years of the city's history.  Its lineage traces back to the first Huntington Park Improvement Association, founded in 1904 by the City Fathers who subsequently founded our first School District and Incorporated the City.  The Improvement Association, after a little more than a year of existence was expanded into the Huntington Park Board of Trade.  Later, when Pacific Boulevard began to develop into a commercial street, there was the Pacific Boulevard Association. 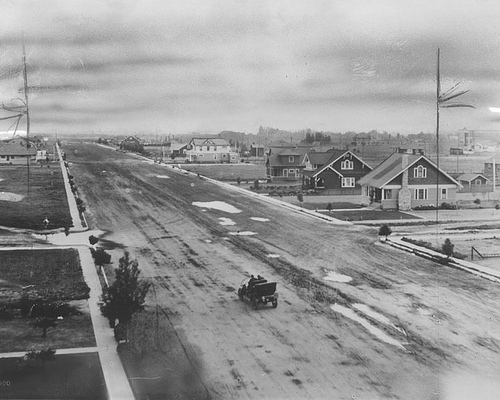 The actual Chamber of Commerce we have today was founded in 1915 as the successor to these earlier organizations.  Its first President, elected in that year, was Mr. Ed B. Lowe, a leading merchant on the Boulevard.The Chamber of Commerce was officially chartered and incorporated under the laws of California on June 30, 1921. 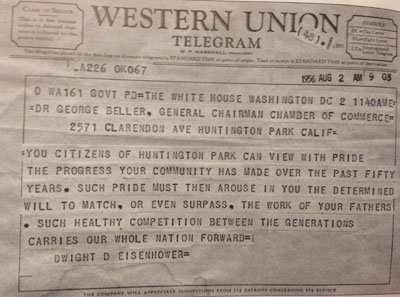 From its earliest years, the Huntington Park Chamber of Commerce has been a vigorous business community organization, effective in attracting new industry and businesses into the city.  It was a major force in helping rejuvenate the downtown business district after its almost fatal decline in the 1960's and early 1970's.

In 1992, the city's downtown shopping district was strongly affected by the disturbing Los Angeles riots.  Many businesses closed, no new businesses were interested in opening in Huntington Park.  The Chamber of Commerce was again proactive and created a "Revive and Revisit Shop in Huntington Park" program.  A City-Wide "Grand Re-Opening Event" that included city dignitaries, business representatives, community residents, and members of the media.  The "Grand Re-Opening Event" of Huntington Park once again attracted shoppers and welcomed new businesses to Huntington Park.  The event was a success, but was not enough to maintain the assurance of attracting and maintaining a vibrancy community.

Two major events - "Sabor De Mexico Lindo Downtown Festival" and "Carnaval Primavera Downtown Festival" were created by the Chamber of Commerce.  Together with the long-time community tradition Huntington Park "Fabulous Holiday - Christmas Lane Parade", the events attracts nearly one-million people to our downtown area.  Each year, through the major events, the Chamber of Commerce promotes the City of Huntington Park and the Downtown Area with a value of nearly $1 million in positive media advertisements. To this day, Huntington Park is viewed as the most active and successful Hispanic business community within the Los Angeles County.